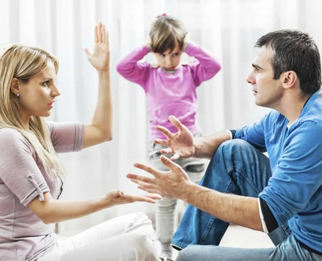 Drinking More and Enjoying It Less?

With stress levels reaching all time highs, is it any wonder we’re looking for relief?

By Brian McAlister – President and CEO of Freedom 365 It’s hard to deny that we are in uncertain times. It appears that long term societal norms and traditional ways doing things are being recklessly cast aside.  We can’t   seem to agree on the most basic rules for living.

Political, medical, societal, racial, financial, and theological differences are more pronounced than ever. They are argued and debated everywhere from our dinner tables and main street media outlets to Facebook, twitter, and other digital platforms.  All this uncertainty and stress contributes to a universal sickness, known as anxiety.

Is it any wonder we seek escape? Is it any wonder we begin to self-medicate with drugs, alcohol, food, and other temporary distractions searching for a few moments of peace and release? When is enough enough? When are we in danger of crossing that unknowable line between partying or pleasurable release to habit or even substance use disorder, also known as addiction?

People with Substance Use Disorder sometimes find it hard to accept they have a disease because we are often highly intelligent and frequently successful in dealing with other life challenges. Self-will and superior intellect, we believe, will be our triumph over substance abuse. Self-will and intellect are good as far as it goes, but they do no more to cure the disease of Substance Use Disorder than they do to cure cancer.

Although it is listed as a chronic disease by the American Medical Association some folks are still under the misguided impression that Substance Use Disorder, or addiction, as it is more commonly known, is weakness or moral failure. Thankfully, this outdated idea is rapidly fading into history.

The current medical consensus is that Substance Use Disorder is caused by 60% biological and 40% environmental factors. Mental health professionals theorize that people who develop the disease of Substance Use Disorder have an allergy to mind altering drugs and alcohol. This allergy only occurs in about 20% of the population and never occurs in the great majority of people who have no problems taking a drink or responsibly using certain habit-forming medications. This discrepancy has been a contributing factor to the moral failing or weak character explanations of the uninformed; “I can take it or leave it alone, why can’t they?”

If a person has a predisposition to a peanut allergy, or is allergic to poison ivy, for example, no one considers such a condition as a moral failing or weakness. This is not always so with Substance Use Disorder. The side effects of substance misuse can be horrific, mainly due to some of the physical, emotional, and spiritual tragedies that can befall substance users and their loved ones. This explanation is not to suggest that people with the disorder get a free pass or should not be held accountable. A person suffering from stage one lung cancer would be considered reckless or foolish if they continued smoking or decided to skip treatment. A diabetic not changing their diet, limiting their sugar intake, or refusing insulin would be foolish indeed. The same is true of Substance abusers. Certain actions need to be taken on a daily basis to remain healthy.

So, how do we determine if we have crossed the line from casual user to a strong habit or even addiction? One simple way guaranteed to provide immediate results is to stop using your substance of choice abruptly. Try not using for 24 hours or even a week.   (Please be advised that if you are going to try this experiment, be sure and consult a medical professional before you attempt stopping abruptly.  Stopping or detoxing from some medications, including alcohol and benzodiazepines, may result in serious injury or death unless assisted by a medical professional.) Try stopping for a few weeks. Do this several times in succession. If you find this difficult, or even impossible, you will have your answer and it may be worth further investigation.

A safer way to find out if you may have a problem is to take an anonymous, no cost, confidential assessment at vrsfreedom365.com that will provide you instant results regarding your risk level for Substance Use Disorder. It will also provide you with confidential, low or no cost options that are available.

Substance Use Disorder is a progressive, potentially terminal disease. Like most other diseases early intervention and action produces meaningful results.

As Full Recovery, it's our highest priority to help individuals, paving their way for treatments regarding mental health.